This is not an annotated bibliography in the academic sense. It’s just a list of books that I’ve consulted while writing Circus of Heaven with some notes on which parts I’ve referred to, what I found valuable, and a quick account of what I think of it in general. I’ll be updating this page regularly throughout the project, so consider it a living document. I have not read all of the books listed below in their entirety. Bear that in mind when reading my assessments. Better to include them than not to, though, I figured.

Will Romano: Mountains Come Out of the Sky
Backbeat Books, 2010

This is useful for its copious interview extracts with over 60 key prog figures, but it’s quite poorly written and fails to advance a meaningful argument. It also lacks a chapter on Van Der Graaf Generator, which in a book like this is absurd. I’ve read about two-thirds of it.

I owe Romano for the phrases “Dionysian frenzy” and “Apollonian order” as applied to psychedelia, which I first allude to in Circus of Heaven No. 1. They are not his original phrases: he quotes them from a 1970 piece by the Australian writer Craig McGregor.

Paul Hegarty & Martin Halliwell: Beyond and Before
Continuum, 2011

It’s been a couple years since I read this cover-to-cover, but I remember it as being quite thoughtful and good about problematizing major narratives about prog’s rise and fall.

This contains two marvellous chapters on the sub-genres of neo-progressive and post-progressive rock, a useful distinction that I believe is Hegarty and Halliwell’s original idea, and a chapter on the female voice in progressive rock, which is something that nobody ever writes about. Quite dense, but very worthwhile.

Terence O’Grady’s chapter, “Sgt. Pepper and the diverging aesthetics of Lennon and McCartney” greatly informed my writing on Pepper in Circus of Heaven No. 1. That is all that I have read of this. 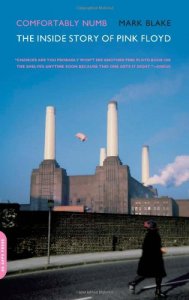 I am unsure of what the difference is between this edition of Blake’s book and the other one titled Pigs Might Fly, but this is the one that my public library has. I’ve read the first three chapters and so far, it numbers among the best rock biographies I’ve come across. Brilliant, fair-minded storytelling. Can’t wait to get back to it.

This is the source for most of my biographical/historical info about the Piper sessions in Circus of Heaven No. 1, and much of the Syd Barrett material in No. 2. 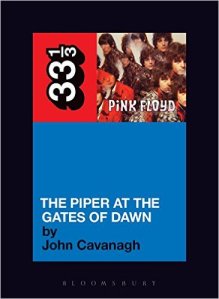 John Cavanagh: The Piper at the Gates of Dawn
Continuum, 2003

As the 33 1/3 series goes, this isn’t one of the strongest. But Cavanagh goes into detail on the production of the album, which was profoundly useful to me in Circus of Heaven No. 1. It also contains evocative accounts of early Pink Floyd live shows. A worthwhile quick read.

I’ve read the chapters of this that pertain to Barrett’s departure from Pink Floyd. It features biographical detail that was useful for Circus of Heaven Nos. 1 & 2, but from the chapters I’ve read, it seems needlessly hagiographic, and I don’t quite buy Chapman’s argument that Barrett’s most alarming behaviour was a sort of conceptual art. 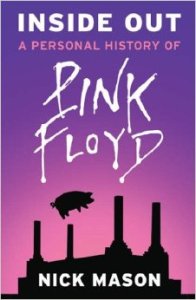 It’s been a long time since I read this cover-to-cover, and it’s hard to assess how accurate it is, anyway. But Mason is good company, and a first-person account of the whole Pink Floyd story from start to finish is self-evidently a good thing to have in the world. 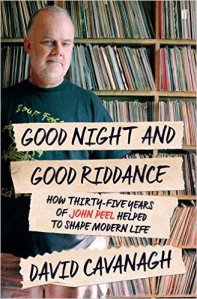 Prog is not a key focus in this book, as it was seldom a key focus on Peel’s show. But there are gemlike anecdotes, here and there, about the likes of Pink Floyd, Roxy Music and Robert Fripp. So, it’s likely to become relevant later on in Circus of Heaven. This is likely in my top three books ever written about music. 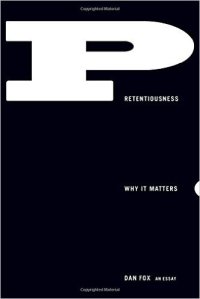 Dan Fox’s defence of pretentiousness may be vindicating for many prog fans, claiming as it does that what’s called pretentiousness is often just open-mindedness regarded with spite. Fox claims it is simply an accusation levelled at those who strive towards an ambitious goal as a way of putting the very ambitious back in their proper place.

Pre-dating his prog book with Martin Halliwell by four years, this philosophy-laden history of the concept of noise in music (which I have not read in its entirety) contains three relevant chapters: one on electricity in music, one specifically on noise as it applies to prog, and one about punk.

The punk chapter contains this rather excellent morsel: “The way into ‘anyone can do it’ is through ‘I can’t do it, but I’m doing it anyway.'”